The pastry sweetness comes from purées of carrots, sweet yam and some coconut sugar. 👍Toppings are a variety of sesame, honey, sea salt caramel, raisins/cranberries. The fillings is a reduction of cooked mince pork, some veg, cream cheese, soy milk all cooked in some canola oil. 👌I had used psyllium fibre and coconut flour to firm up the pastry dough plus egg to bind them.

🧐Next time I think I could have added also cheese in middle so it ooze out when cut open which adds more dimension to the texture and taste too! 😛

🤗But as of now, it’s super tasty too! Just right amount of savory and natural sweetness!

PS: 🤔some insights, I baked the base layer first so it is more firm and crusty also to help soak the liquid creamy mince meat filling before covering up the pie lid which I then baked the whole pie in lower temperature! Thank goodness it all worked out well 👌🙏

😊Having a nice simple lunch with my mum as reunion meal today. Steamed fish, stir fry fresh bean and egg tofu with mixed veg. Yah not eaten such dishes for more than a year and felt it was rather salty, no doubt it’s tasty but I rather learn and cook it at home.. hehe for health sake 👍
🥳 YIPPEE! Today is Lunar New Year Eve, so greetings to all gearing up for the big celebrations this long weekend😀 给大家拜个早年，祝大家新年快乐，事事顺利，更重要是身体健康哦！😍 So attempted baking my very first 🍍 Pineapple (with red dates) tarts! Yeah it’s labor intensive for sure but so worth it! Haha 😆 these sweet treats does bring back lots of memories and my gluttony past 🤣 ! 😉I made my own spin on it with gold sugar and rainbow sprinkles to emphasis abundance and prosperity this Lunar New Year! Made various fun shapes like flower, star, round, wrapped ball ! I used brown sugar so it’s darker in color than the usual commercial ones but I like the complexities of the taste. Yah the ratio used made them taste more like cookies than flaky pastry dough so I may try baking another batch and experiment further. 🤔 🥳Anyway hope everyone enjoy great healthy food and company of your loved ones and friends this festive season😍 🧨 HUAT AH !!🧧 PS: I’m making exceptions during this festive season and eat some of these unhealthy food along the way. Not “Cheat days” cause that suggest I actually want to eat these unhealthy processed foods but nope not keen anymore and I don’t really miss eating it actually, but in the season of festivity, nostalgia and communion sake. Hope no one is taking it the wrong way, I am not being high snobbery about it but it’s my current life choice to eat healthy and continue on my health and fitness journey. If your own lifestyle, genetics and family medical history shows that you are healthy enough to sustain eating these processed foods then please do so (in moderation as always, too much of a good thing is not always good), as everyone is different and should have the freedom of choice but at the same time be informed and educated to make wise choices. To each one’s own. Stay healthy everyone👍😊 #CNY #yearoftherat #CNY2020 #LunarNewYear #ChineseNewYear
🎉YEAH YEAH YEAH!! My Fitness level improved once again!!💪 Today I did my 4th check-in of my body composition measurement and health assessment with Active Health (under Active SG)!😄 At Woodlands Stadium Gym this morning. My overall health / fitness score has improved (though slightly), to 68/100 from 64/100, 3 months ago in Oct and previously 60/100 in July. My previous instructor, Boon wasn’t around so a new Fitness Instructor Yi Fei aided me in my body composition measurement and given me tons of advice for my health and fitness level and also advised me to perhaps start the HIIT program, so will be meeting him next week twice to go through the new exercise regime. Exciting times! So, in 3 months (between 9 Oct 2019 and 23 Jan 2020 ) I had: 1. ✅Dropped 1.9 kg of body fat mass. Still plateauing thus expected that the fat loss will be slowing down and harder now to loss it.  2. ✅Reduced 2.1% of body fats.  3. ✅Skeletal muscle mass actually increased by 1.1kg, YES! In fact it was at my all time high!  4. ✅Lost only 0.3 kg in total weight.  5. ✅BMI dropped from 31.1 to now 30.9 kg/m2.  6. ✅Visceral Fat level dropped from level 15 to 13, YES!! While visceral fat area dropped 9% from 151.2 to 137.5 YEAH YEAH !! 7. ✅Basal Metabolic Rate also improved! From 1622 to 1658 kcal but still it is out of normal recommend range of (1829 - 2153). Still gotta keep improving! 8. ✅My Bone mineral content also increased from 3.49 to 3.63, normal range should be (2.69 - 3.29). All in all it is definitely an improvement!! 🙏 Of course still more work to do and continue to improve my strength and muscle mass to increase my metabolic rate as well as reduce my visceral fats to normal range too. 😄 Hope everyone also improve your health and fitness level! Let us all work towards better quality of life👍 For more information on the FREE! program check out: https://www.myactivesg.com/Active-Health/Assess/Fitness-and-Health  Also for more info on the inBody body composition results sheet: https://inbodyusa.com/general/result-sheet-interpretation/ #ActiveHealthSG #ActiveSG #YouCanDoIt #StayHealthyFit
👍 1 FULL YEAR of EXERCISE ACCOMPLISHMENT🤩 DAY 365🚴🏻‍♂️of FUN-xercise! 😃DAY 234💪muscles workout. 🙏So much to be thankful for and to everyone who made a difference to my life in the past year of my health transformation! 💪Exercise only contributes a small percentage of my weight loss, as mostly comes from my change of diet and lifestyle. But exercise do help in having an active lifestyle and it does great things to my mental and internal health too, plus improving muscles mass and bones strength as I age. 🧐I become mindful of what I ate, portion control and learnt to cook and bake with healthier ingredients. Learned more about nutrition science, the pros and cons of different foods and its effects on my body and general well-being. 😃SUPPORT great health and continue to learn and improve everyone! GAMBATEI 頑張って!!
“I see you” - 😍Impressive LEGO diorama for Lunar New Year at Jem nice 👍
😉Just did a quick mini muffin bake. Dark chocolate but with flaxseed and almond flour, my ratio could be better it’s not as soft as I like. So soak it with some alcoholic syrup, added a molded cute little peppermint dark chocolate nugget in Rilakkuma shape. 😋 Hehe 😜 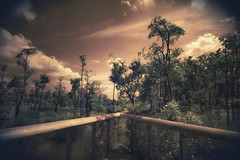 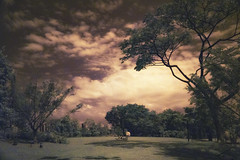 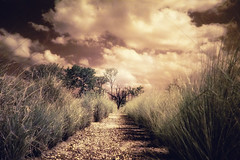 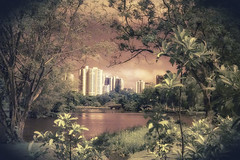 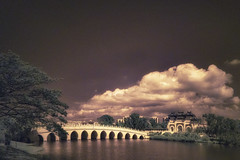 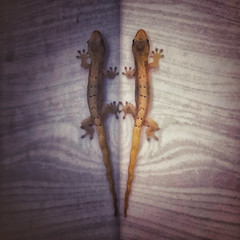 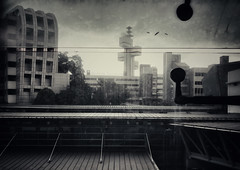 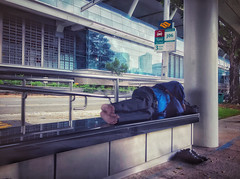 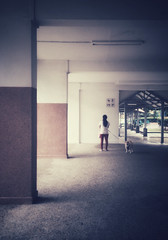